Posted on June 30, 2017 by idreamoftobermory

Sometimes you want to live your life outside of pop culture.  I’m sure most people tire of the onslaught of must-see movies, TV shows, and music videos that influence the world around us.  We just want a little peace and quiet.  We want a cereal box that doesn’t have licensed characters on it.  You would certainly think that the Bruce Trail would be a safe haven from aggressive marketers, celebrities and fads.

But alas, it is not so.  On our most recent hike, we found ourselves in a strange world where life was imitating… pop culture?

Early in the hike, we came upon a perfect beach volleyball court on the shores of Georgian Bay, at Cape Croker Park.  We were irresistibly drawn towards it and soon found ourselves in the midst of a heavily sponsored beach volleyball match.   The cameras were rolling and the crowd roared. 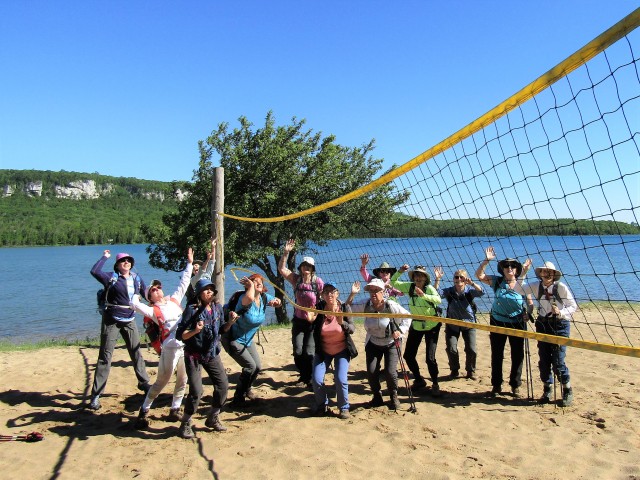 Did this game air on TSN? 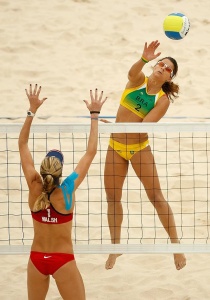 Or did this one?

Can you tell the difference?  Probably not.    Already the lines were blurring between our humble hike and the massive pop culture machine.

Here is a photo of our lovely Limestone Ladies walking along the Snake Trail Boardwalk. 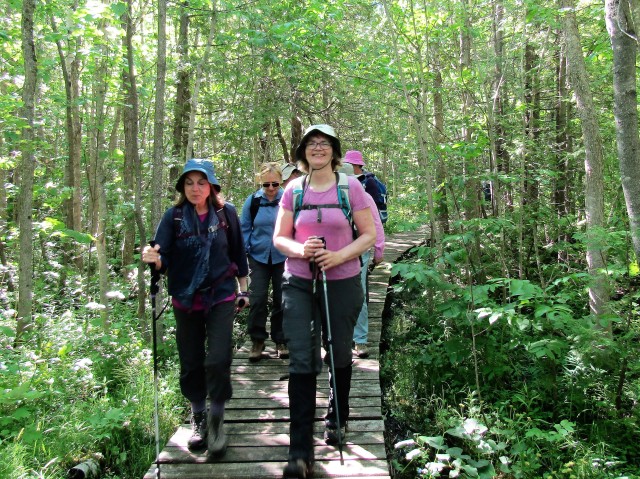 Such lovely ladies, who just happen to like to wear pink…. on Wednesdays? 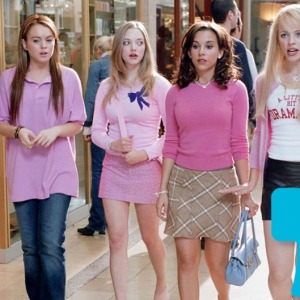 Yes, the Mean Girls found us. The Bruce Trail was not a safe zone!

Once upon a time, there were two beautiful, intelligent and dignified young women who sought a simple life, living in nature. 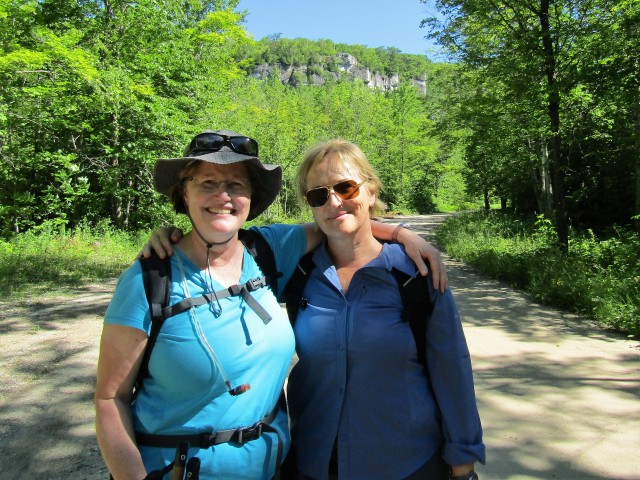 Here they are, enjoying the simple life. 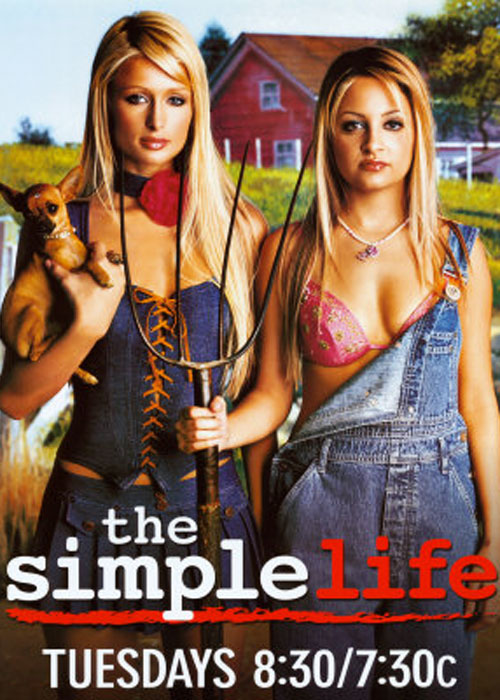 Strangely, we soon found ourselves in the middle of a 1971 rock anthem: 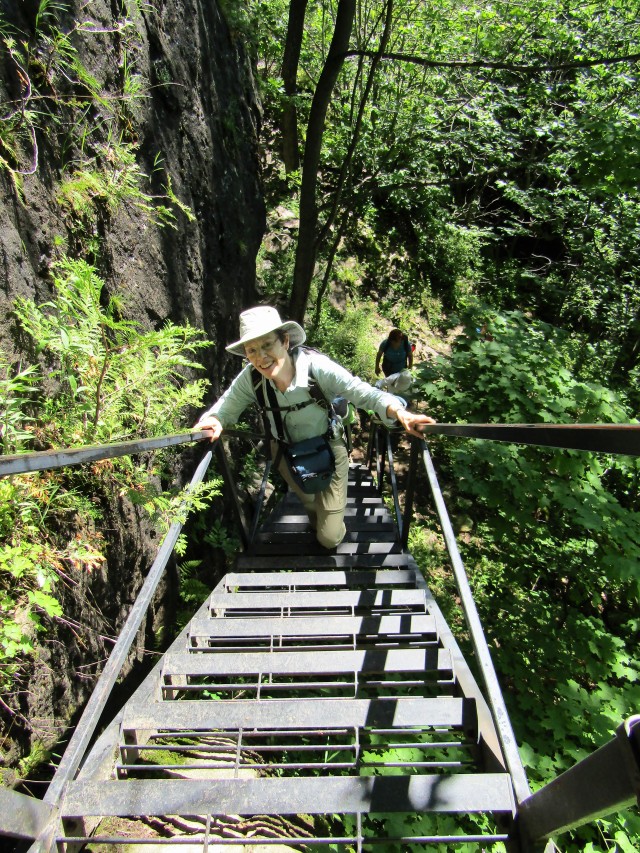 There’s a lady who’s sure all that glitters is gold, 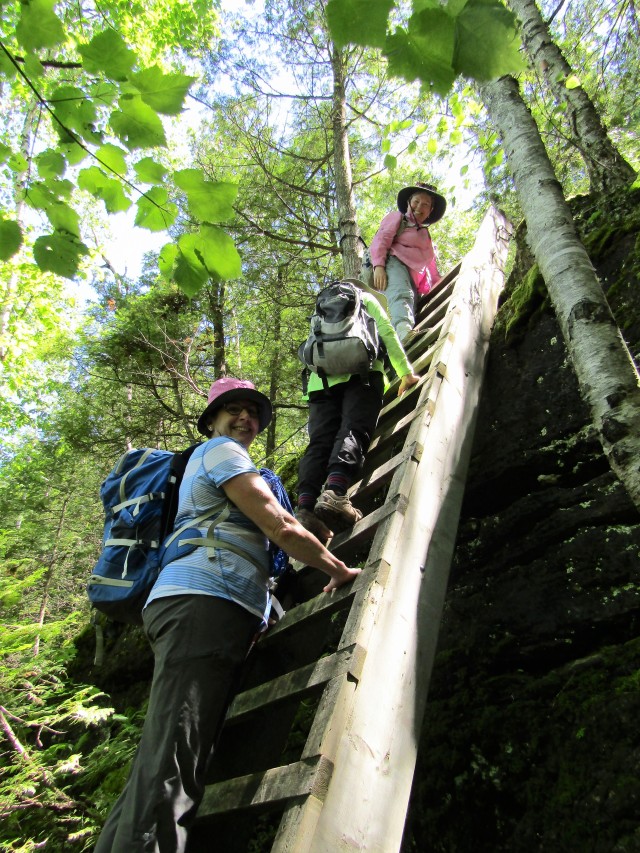 And she’s buying a Stairway to Heaven. 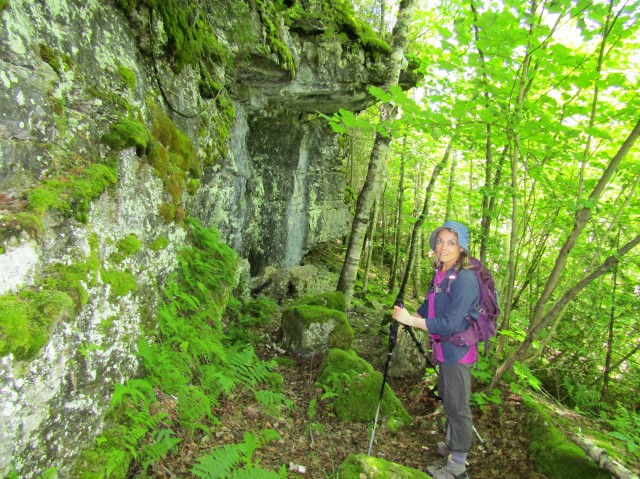 Surely there could be no pop culture parallel to this lovely young Bruce Trail hiker, thriving in a primitive cave society? 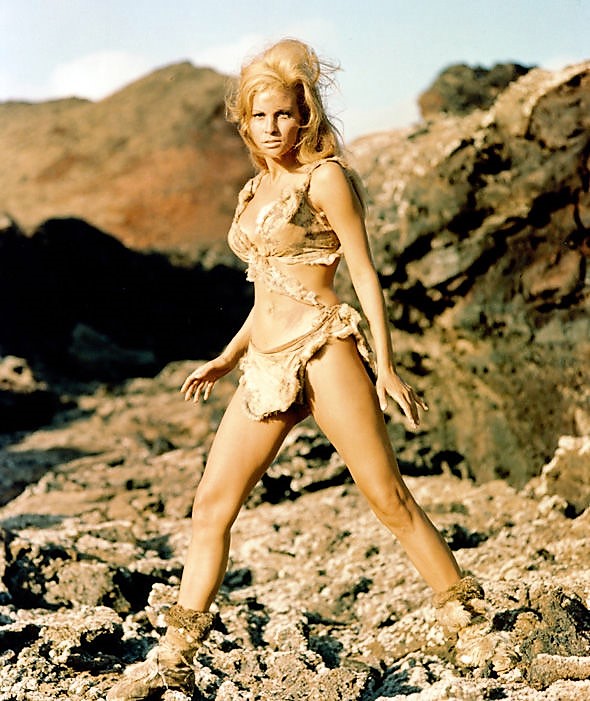 Oh Raquel,  couldn’t you just leave us alone? (One Million Years BC)

Anyone remember this TV show from the 1980s? 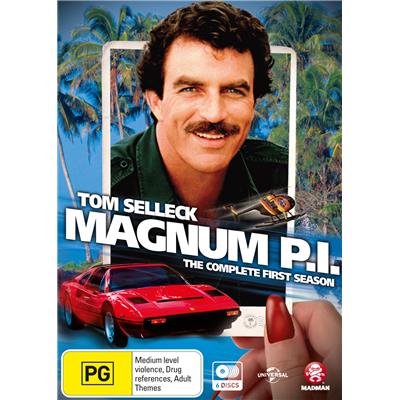 We all thought Tom Selleck was so handsome, but his influence has waned and you don’t hear much about him anymore.  Except we had a massive Magnum P.I. experience that lasted for the entire hike!!! 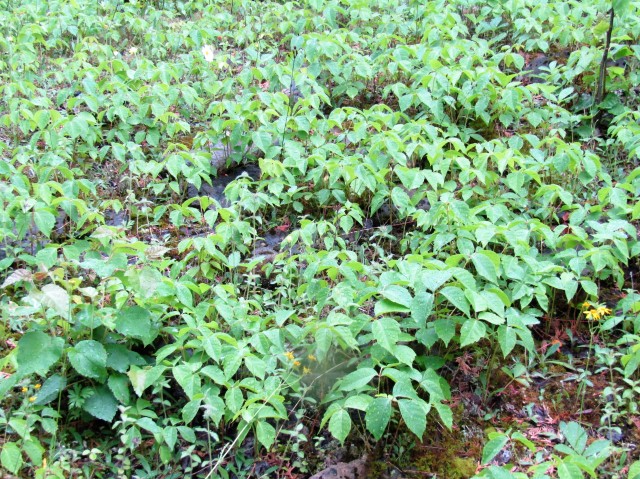 Yes, we had Magnum P.I. all right!  Magnum POISON IVY!!!  This part of the trail is covered in acres of luxurious poison ivy, just waiting to wrap around your ankles and cover you in itchy red blisters.

We stopped for lunch at the beach at Hope Bay and found a lovely dining table ready for us. 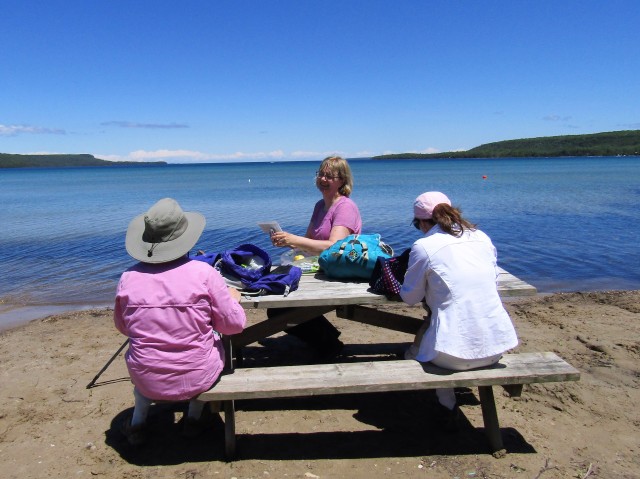 A simple dining experience:  we dressed up and made sure we were using the correct cutlery.   What did it remind us of? 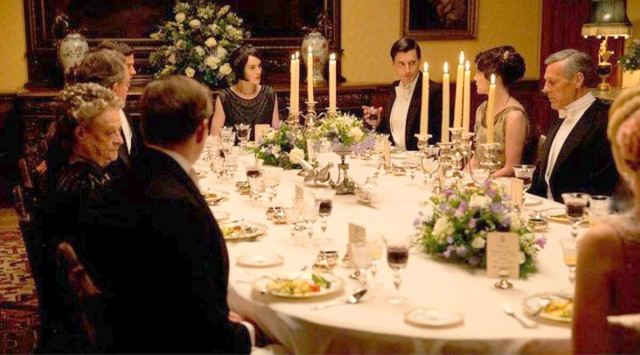 Surely you can spot the similarities!  (Downton Abbey)

Anybody remember the Pet Rock craze from 1975?  This is one fad that died quickly, thankfully. 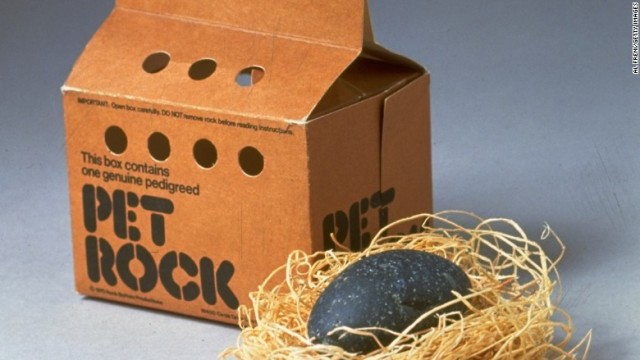 Surely no one would ever seriously consider having a rock as a pet? 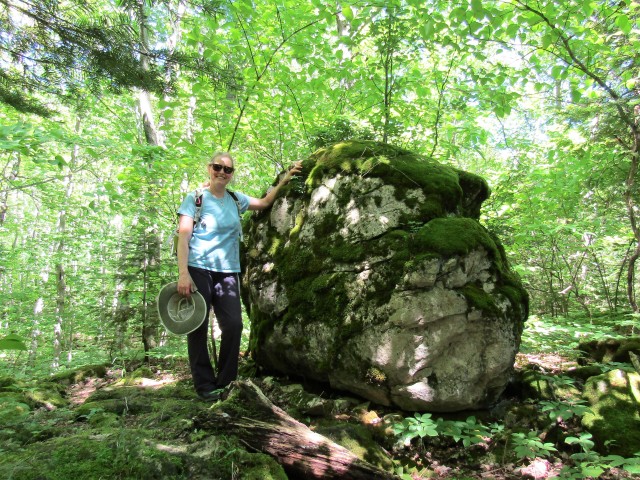 Unless that person was a Bruce Trail hiker who fell in love with a handsome moss-covered boulder! And you can actually pet this rock!

And then there were the two friends who went away for a weekend vacation in the woods.  They discovered adventure and challenge and freedom! 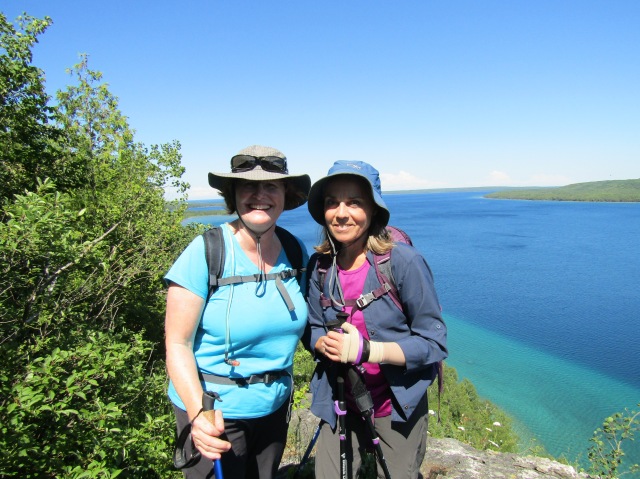 They spawned a feminist classic! 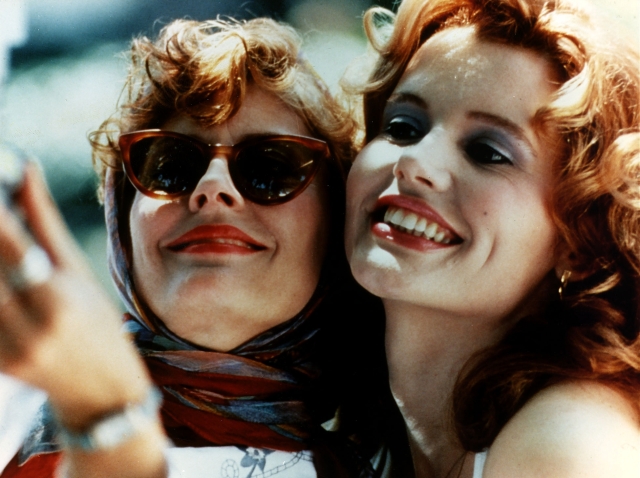 There were some potholes along this section.  These are very unique geological formations, which require a certain type of rock and the right conditions to form a circular hole. 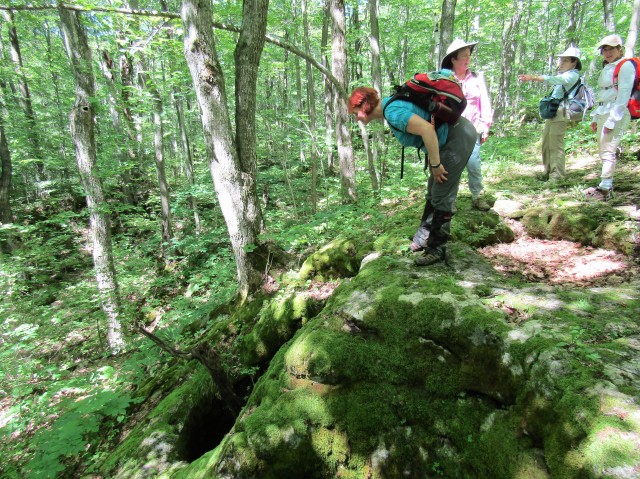 Gazing down into the pothole

Surely pop culture will leave us alone on this one! 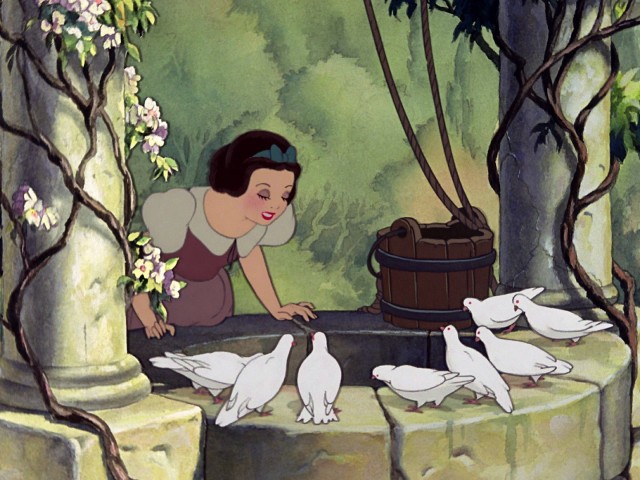 Gazing down into a pothole?

I was certain that TV has no interest in groups of people going off into the jungle to pit their skills against the raw power of nature.  That’s what we like to do! 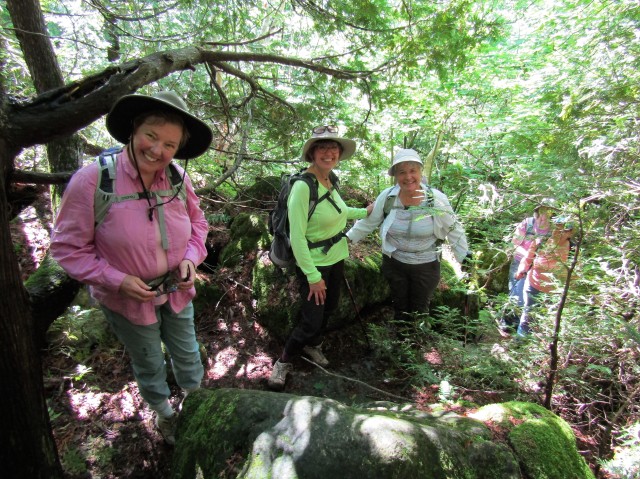 Just a group of regular folks, surviving in a natural setting. 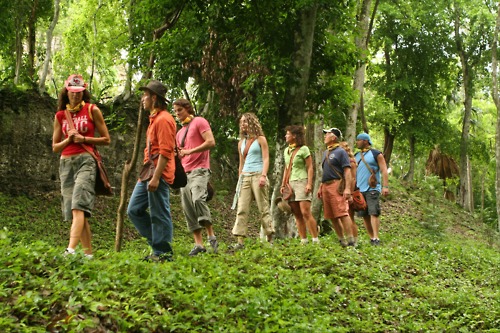 Modern television would have no interest in such a thing! (Survivor: Guatemala)

We were nearing the end of the hike.  Still many beautiful lookouts to enjoy and rugged terrain to traverse. 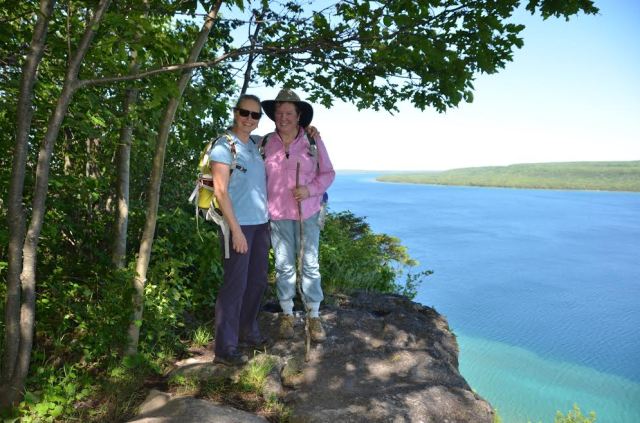 Do they remind you of anyone? 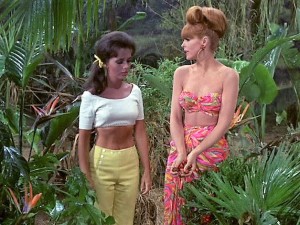 We had been mostly encountering scenes from past decades, possibly because those are the years when we consumed the most pop culture.  But there was a modern moment on this hike, when we encountered a shapely woman of prodigious strength, holding aloft an unimaginable weight….. 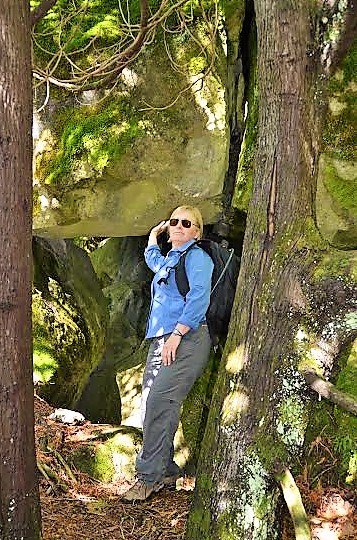 Straight from the Cineplex to our hike! 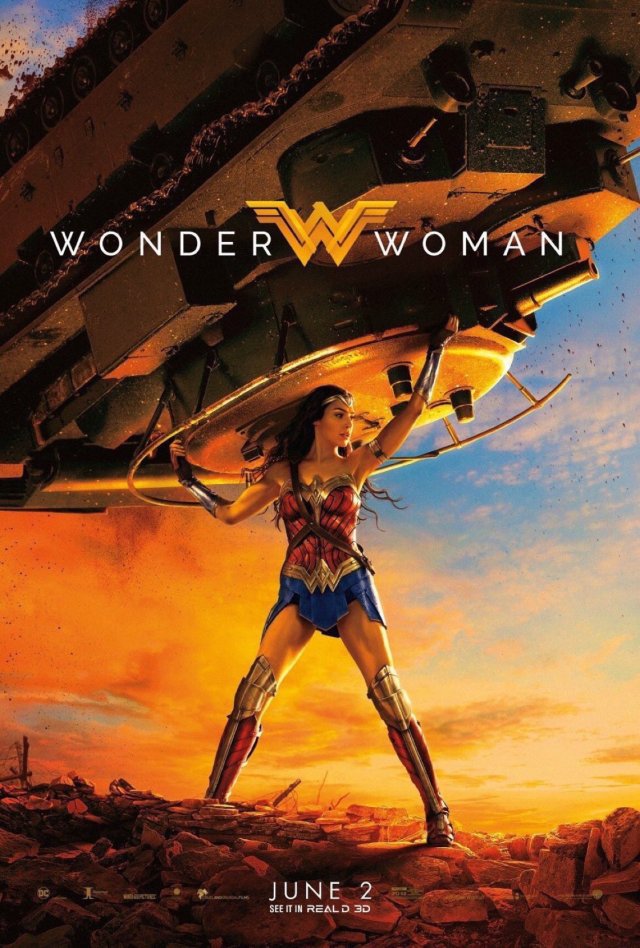 Yes, Wonder Woman graced our hike with her strength and fashion sense!

As we drew near to Jackson’s Cove, we were weary from not only the distance traveled, but from the sheer weight  of  mass media that we had consumed.   We needed to decontaminate from the harmful residues of mainstream culture.  This called for extreme measures! 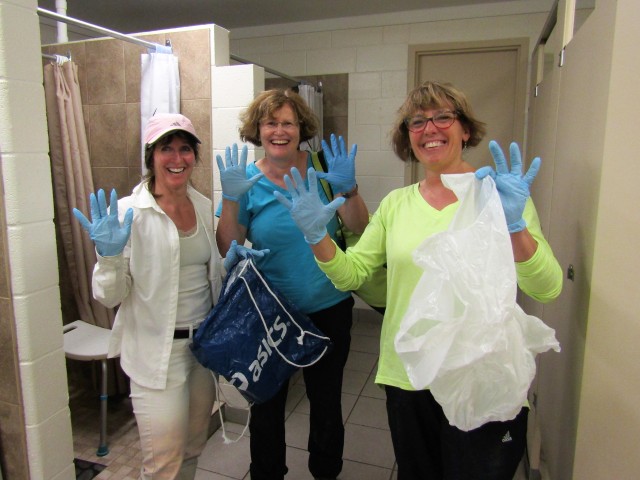 The decontamination squad – in the showers at Lion’s Head Marina!

Thankfully, we all survived our day of strenuous immersion and we successfully returned to our uncontaminated state!   A good mound of fish ‘n chips at the Lion’s Head Inn and a sound night of sleep and we would be ready for tomorrow’s hike! 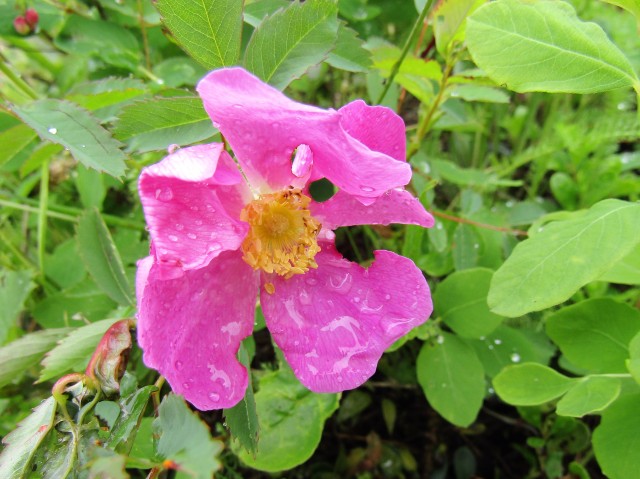 Will you accept this rose?